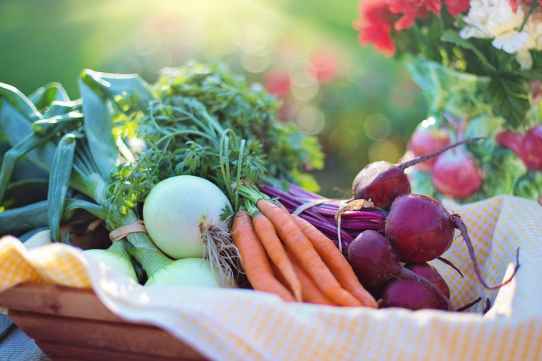 As of this week, hubby and I are the proud owners of our very own allotment!

Having our own little patch of land has been our dream for years, and after my younger brother got offered an allotment where he lives we decided to put our names down too, though we never expected to be offered anything.  The waiting list for allotments where we live is usually crazy long!

After sending an email in December to ask if we could be put on the waiting list, we surprisingly got the call last week, and by last Saturday we had the keys and were raring to get started.

As you can see by these first photos – we have an awful lot of work to do! Thankfully we only have a half plot.  My poor brother went for a full plot and is struggling to battle his way through the overgrown grass and weeds, though from his last pictures his plot is coming along really well. 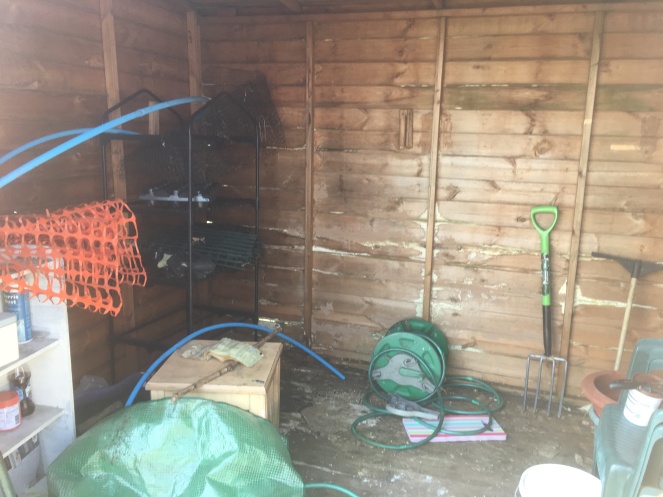 My vision for our allotment is to create a victory garden.  I’ve been a long time admirer of the Second World War period, and I loved the attitude of making the most of what we have.  I also feel that growing our own fruit and veg should be something that many more people in today’s society should take up.  Not just the more mature generations, but more young people as well.  More and more we are becoming detached from where our food comes from, not to mention the processes most produce goes through to make sure it reaches supermarket shelves in saleable condition (though not always with the same taste quality).  That’s without even going into the amount of waste and the environmental impact this global food production chain has…anyhow, I’m dangerously on the verge of a rant so going to stop that here!

Victory gardens were a result of the Ministry of Agricult 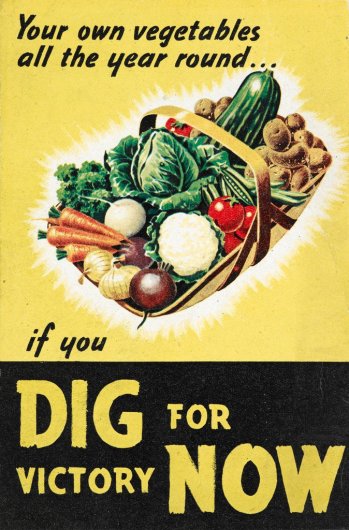 ure’s drive to encourage the population to grow their own food.  This was to combat the severe food shortages brought on by the fighting and to also boost public morale when managing strict rations. Much land that would have been used purely for leisure would have been commandeered for the war effort, as well as already established allotment plots, and used for growing food and vegetables.

Due to the increasing demand for British produce coupled with the country’s men being drafted into the army, women were needed on the farms that the men had left behind.  The Women’s Land Army was created and volunteers were posted to farms across the country.  Some lived in hostels while others stayed in the farmhouse or occasionally in cottages on the land. 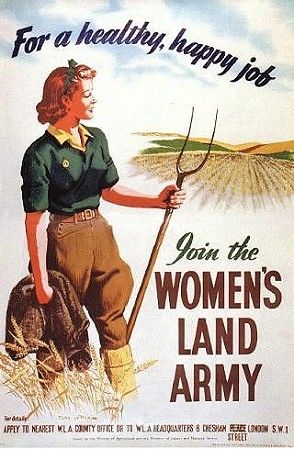 In honour of these amazing women and to really make our little allotment personal to us, I am going to work on making the shed a Land Girl style cottage.  At the moment the back wall and the roof have a few holes which have sadly let in a lot of rain over the years, however I’ve managed to use filler to patch up most of them and have cleared out a lot

of the abandoned rubbish that you can see in the last of those first day photo’s.

Hopefully soon I will be able to lay down some new floor covering (as some of the wood has rotted from the damp) and then begin to paint both inside and out in some cheerful colours!

Eventually the shed will become a kind of summer house that we will be able to sit outside having a cuppa in between harvesting our crops!

Where I work, every Thursday they have a market in the town.  This week I was able to visit the plant stall and pick up broccoli, pumpkin, carrots, parsnips, sweet and chilli peppers, aubergines and some strawberries – all for £11! Bargain!

In the last two weeks alone we have managed to clear over a third of the plot and plant potatoes, red onions, garlic, rhubarb and make a hill patch for the strawberries. 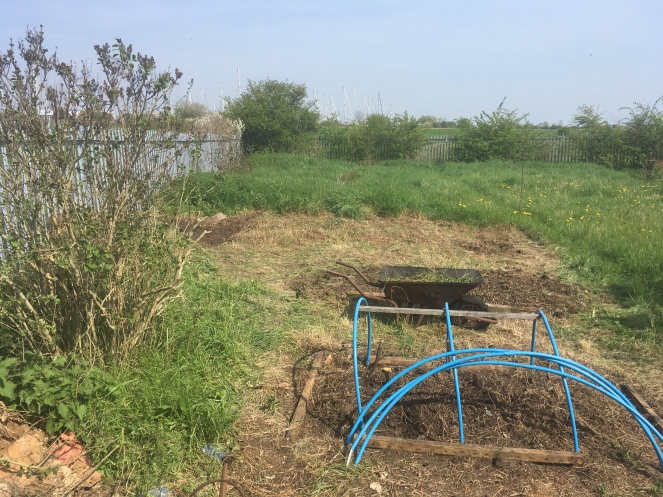 With a bit of luck we will be able to get back there each weekend (weather permitting) to clear and then plant out the new plants from the market – and soon see signs of life!

I’ll keep you all posted with our progress and hopefully this will inspire others who are toying with the idea of dipping their toes into self-sufficiency.  If you have any tips or advice for first time allotment owners, and fairly novice gardeners, please leave a comment!

View all posts by Nicola

This site uses Akismet to reduce spam. Learn how your comment data is processed.