Recently I have really wanted to take up dressmaking, both to make some unique vintage style clothes for myself and to also hopefully be able to update my wardrobe while saving money.

I have some sewing experience, mainly making cushions using my sewing machine or making small toys for my mum’s school.  As much as I love the idea of making my own clothes, it is still quite daunting.  Last week I cut out a pattern and made a muslin for a dress from Gertie’s Ultimate Dress Book.  I’m hoping that when I get around to putting together the final dress that it will be fairly easy so that I wont lose my confidence!

This weekend however, I decided to make something that will come in handy for when I do tackle the dress…when I feel brave enough! I have a habit of putting my pins down after removing them from the fabric for them to then fall on the floor or get buried under other bits of fabric. Now, I don’t much fancy getting a dress pin stuck in my foot one day so I decided to make a pin cushion that goes on the wrist with some elastic. I had seen a few of these over on Pinterest so I thought I would have a go at making one myself.

Using a fat quarter of pretty fabric that I bought at Hobbycraft and a vintage button from a set I had found at a boot sale last year, the pin cushion came together fairly quickly; making it a perfect Sunday afternoon project.

If you would like to make one yourself, you will need the following:

If using tracing paper, trace around the bangle and then cut out the circle.

Folding the fabric in half with right side of the fabric facing inwards, pin the circle of tracing paper to the fabric and cut around leaving 1cm around the edge of the paper.

Pin the two fabric circles together with the right side and the elastic bad facing inwards. Snip small cuts around the edges of the circles and then sew them together along the seam allowance. Leave a 2cm gap and turn the cushion inside out. 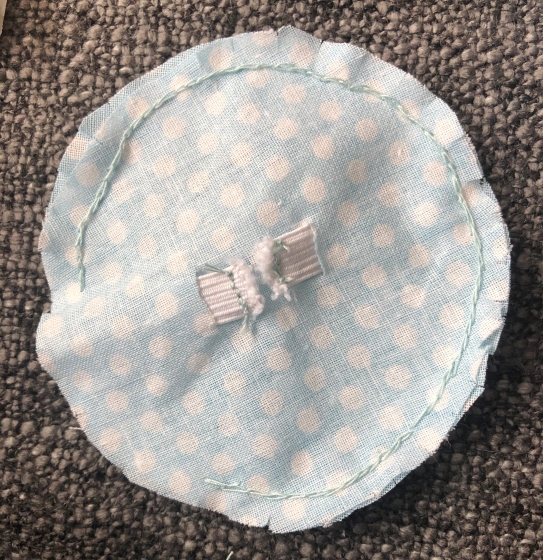 Stuff the cushion with the polyester filling until it is full and sturdy but still a little squishy. Close the gap using a ladder stitch. 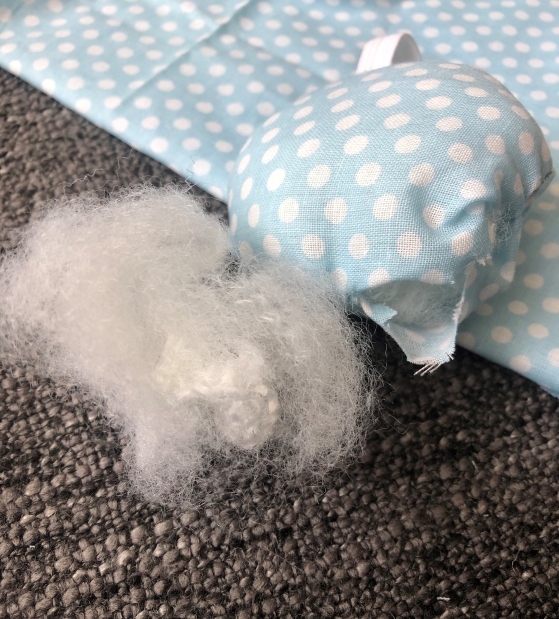 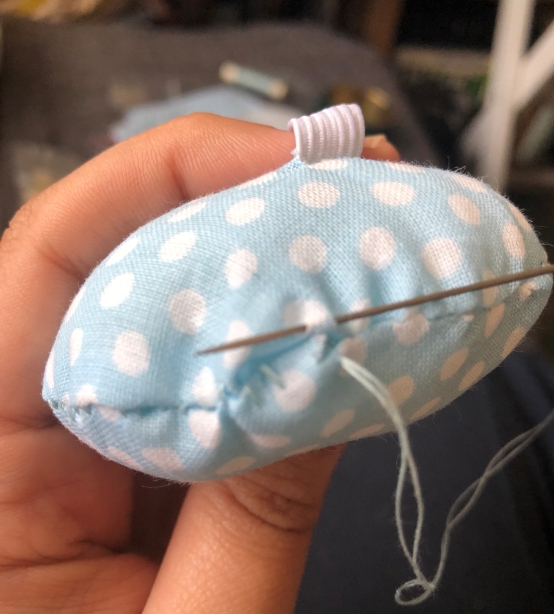 You could add any extra detailing or embellishments that you might like and make your cushion completely personal to you.

I hope you liked this little sewing project tutorial. Please let me know in the comments if you did or you would like to see more!

View all posts by Nicola

This site uses Akismet to reduce spam. Learn how your comment data is processed.